Serious Doubts: I didn’t think I could do the TED. My notes of Encouragement! 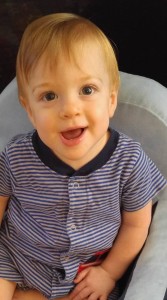 You hear it all the time, babies just spit up, babies just cry, and he will grow out of it soon. I absolutely came to dread those phrases.

Listen to your mommy gut!

You know your baby and you know when something is wrong.

I knew he had reflux, but my gut kept telling me there was something more.

I tried at first to just go dairy free, but there were still so many variables and my son was having so many reflux flares and crazy/bad mucous diapers. I kept thinking there is no way I can do TED.

At first, I seriously didn’t think I could do it. I really wanted to keep breastfeeding my son for at least a year and then until he (or I) wanted to be done. So, I just decided to go for it and thankfully my husband supported my decision (although he did think it was extreme). After 8 days on TED, my son seemed to be getting a little worse, so after seeing many moms say that rice was a problem for their babies, I cut rice (rice was really the only reason I thought I could survive on this diet). That was hard.

About 4 days after that, we hit baseline. For us, that meant no mucous in poop, no or minimal spit ups, and no night wakings that he was obviously in pain.

When I started TED, I had introduced a few solids to my son (started solids at 8-1/2 months because he was a preemie born 2-1/2 months early). Because of that, I started over from scratch reintroducing solids, starting with the TED foods (to have quick victories) first (minus rice). I would give the new food to my son for 3 days and if he met all the criteria to consider it a pass (mentioned earlier), I added the food back to my diet as well. Pretty soon, I was able to usually tell by the next day/poopy diaper if a food was a pass or not, but I still held at a 3 day wait system for the most part. Mostly, I used the Joneja Allergen Chart when determining what new foods to introduce (worked our way from the least allergenic to the most). Sometimes, if I was getting really burnt out on something (say potatoes for breakfast), I would think of something else I could try (say quinoa for breakfast) and bump that up for the next food trial.

[IMPORTANT! Although the following foods may be lower on the Joneja Food Allergen Scale, they have NOT been shown to have great success on TED diets completed by InfantReflux moms: sweet potatoes, carrots.  Other foods higher on the list that have also been troublesome for moms are: eggs, citrus, tomato, rice, wheat, oats, nuts, pea protein, peanut butter, grapes.]

Tips and other helpful info: