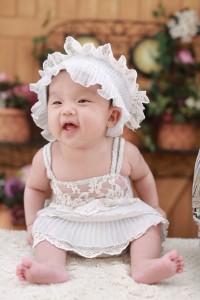 EnteraGam is serum-derived bovine immunoglobulin. It is a prescription based food product indicated for patients with chronic loose or frequent stools and those who have a limited or impaired capacity to ingest, digest, absorb or metabolize ordinary food or certain nutrients. It is used to help with food protein intolerances and gut healing.

Its ingredients are beef protein, dextrose, and trace amounts of sunflower lecithin. Please note, the dextrose is not a corn free ingredient, however, my corn lite son does well with this product. It is labeled as casein, dye, gluten, lactose, soy and whey free. It is a powder medication that gets mixed with 4oz of a liquid of your choice.

Please also note, this is immunoglobulin therapy and therefore, several vaccinations need to be delayed as they are rendered completely ineffective. Please discuss with your ped ahead of time. You can read about the warning labels on the CDC website for vaccinations.

Like many we’ve had a long story with reflux. My son was born exactly 3 weeks early due to premature rupture of my membranes (my water broke, I never actually went into labor on my own). He was the baby who rapidly lost weight immediately after being born and was spitting up and throwing up while in the hospital. We were brushed off and sent home with multiple appointments for weight checks. He still spit up constantly, barely slept and was waking up often choking. He was diagnosed with reflux at 6 weeks and started on a very low dose of zantac, which he responded to well. Started gaining weight, but as we know, zantac is weight dependent and therefore we would quickly regress and lose weight. He spent almost every minute awake crying. We were brushed off by the pediatrician assigned to us saying that he hadn’t gained weight, so the dose didn’t need to be changed. At 4 months, we switched pediatricians to a civilian healthcare provider because, like many of us, I was going insane trying to help my kid who was screaming all day long. I also started researching elimination diets because something more than dairy was obviously bothering his stomach. Before joining this group, I did the TED and found he had trouble with dairy, soy, eggs, berries, bananas, and watermelon. We increased meds to appropriate doses, but he still seemed uncomfortable and wouldn’t nap consistently during the day. My supply continued to drop between the anxiety and stress I was under, plus returning to work and not getting much time to pump (I never responded well to pumping). At 8 months, we switched to formula and initially tried nutramigen, based off the recommendation of our ped GI. Horrible failure – he screamed more and slept less than when I was nursing! We then switched within 3 days to alimuntum rtf, based on the recommendations from this group. Between pureed veggies, that I made myself, and the formula, we were able to start weaning him off meds and had some enjoyable moments. At 1 year, we started transitioning to almond milk and more solid foods with little success. Our ped GI was useless and didn’t believe infants really had intolerances other than dairy and certainly not allergies.

We switched to a recommended provider at 14 months, who recommended this product. My son was still having loose (non-mucous) bowel movements 5+ times a day, despite removing multiple food intolerances/allergies. We also were unable to wean off meds completely (still on a higher than weight recommended dose of zantac). He wasn’t napping wonderfully and spent most of the day uncomfortable; I described it as any little thing would set him off into a major tantrum. He also wasn’t talking or eating solid food well. We had gone through an endoscopy that thankfully came up normal with no signs of celiac disease or EE, which, based off symptoms, our GI was sure he had one or the other. However, it did not provide the answers to his continued digestive issues. Our ped GI now believes he has Food Protein-Induced Enteropathy (search this group for Karen Fullam’s post on this subject for more information) and that we needed some better gut healing for him. We had been using probiotics, which she discontinued at this point. We were instructed that we would either see improvements by 2 weeks or it wasn’t working for him. If we didn’t see improvements in 2 weeks, we could increase the dose or discontinue use.

We give him 1/3 of a packet (roughly 1 heaping teaspoon) in 4oz of his safe formula in the morning. You can mix with any safe liquid. We chose to continue formula as he doesn’t intake enough nutrients with the multiple food intolerances/allergies. Our ped GI suggested the morning to coat his intestines for the food throughout the day.

We did notice good improvements at the 2-week mark with a reduction in the number of bowel movements a day, and an improvement in his napping and overall mood. A whole new happy, playful personality finally came out. We also were able to start trialing more food and found out that he is most sensitive to corn and it’s derivatives. Between napping consistently and his stomach not bothering him, we’ve seen him grow & start to talk more. He now only has 1 bowel movement daily and they are typically normal, unless we’ve trialed something that a corn derivative that he’s failed. His reaction time has also decreased to days instead of weeks when we fail a food. To this day, he is still corn-lite, dairy, soy, egg, berry, banana and watermelon free.

Get the Scoop on your Poop (breastmilk, too!): Heal the Gut, Heal the Body: Bonebroth! FPIES! TED!